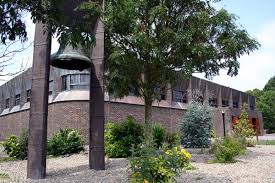 The funeral of Strabane man Micheal Barr who was shot dead in Dublin last month is to take place this morning with his family advising the media not to attend the proceedings.

The family believe that some media outlets may have contributed to this death.

In a statement, Micheal Barr's father said that his family has been hurt further by untrue and inaccurate reports from the press.

It is the family's view that irresponsible tabloid reports may have had a role in the murder of Michael.

The family have insisted that at this time their only aim is to lay Michael to rest with the respect and dignity he deserves.

It is therefore the request of the Barr family that media, be they journalists or photographers, stay away from the funeral of Michael so as to prevent further distress to the family.

Mr. Barr, a member of the 'New IRA' was shot a number of times as he drank in Sunset House in Summerhill on April 25th and died at the scene.

An investigation into his murder is continuing.

His funeral will take place in St. Marys Church, Melmount later this morning.