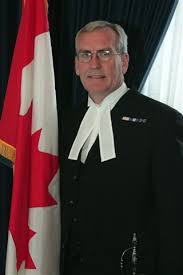 The Canadian Ambassador to Ireland is in Donegal today for a conference exploring the links between Canada and the North West of ireland.

The "Northwest by Northeast - Bridging the Atlantic" conference at the Radisson Blu Hotel in Letterkenny is part of a series of events commemorating the Laurentic, a Canadian troop carrier that sank after hitting two mines off the Donegal coast in 1917.

Commemorative events took place this morning in Fahan and Cockhil.

Today's Donegal visit is a first for Ambassador Kevin Vickers, who told today's conference that trade is growing between Canada and Ireland, and that's to the mutual benefit of both.

Speaking to Highland Radio News, he said while both countries are vastly different in terms of size, there are striking similarities between the North East of Canada and the North West of Ireland.......