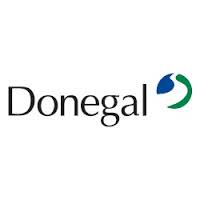 Donegal Investment Group otherwise known as Donegal Creameries has said its revenues for 2015 rose by 2.7% to to €82.9m, while its adjusted operating profits increased from €0.9m to €1m.

In its annual report, the company says its speciality dairy brand continus to grow according "to plan" both in Ireland and the UK.

It is also reporting that its animal feeds business had a "satisfactory" year with a moderate increase in volumes, offset by a slightly reduced selling price.

However, its produce seed potato business was hit by a number of factors during the year, while its Monaghan Middlebrook Mushrooms business was also impacted by the performance of a European subsidiary.

Donegal Investment Group says it is maintaining its total dividend at 16 cent per share.

Its chairman Geoffrey Vance said that the group has - and will - continue to focus on its three key strategic areas of produce seed potato, speciality dairy and key associate investments.

May 11, 2021
The Nine Til Noon Show with Greg Hughes - Weekday's 9am to 12noon Magazine type mid morning chat show providing a forum for listeners to...