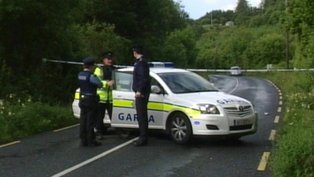 Donegal has the highest percentage of road traffic collisions caused by excessive speed.

Figures from the Road Safety Authority show speed was a factor in 8% of collisions in Donegal ahead of Cork, Wexford, Cavan and Galway.

91% of culpable drivers in speed-related collisions were male.

The figures from Road Safety Authority says nationally, excessive speed was a factor in 322 road deaths here between 2008 and 2012.

The European Union is being asked to bring in a rule that car manufacturers install speed limiting systems in all new vehicles, which could reduce the number of crashes and fatalities.

Maggie Martin is Research Manager with the RSA:

May 6, 2021
Milford continues to have the highest incidence of Covid 19 in the country, while Letterkenny's incidence rate is the third highest. Of Donegal's seven Local...