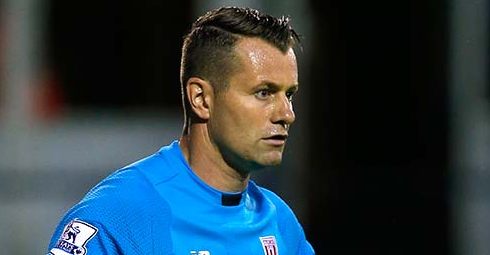 Shay Given may not play for Stoke before Euro 2016.

The 40 year old injured his groin during Stokes 4-0 loss to Manchester City at the weekend and has been told it will take longer than expected to heal.

According to the Irish Sun newspaper a scan revealed more than damage than originally expected.

Given will be back for June but may not have played any first team football between now and then.

It’s worrying times for the Donegal man who hopes to secure a place on the Irish squad for this summers hampionship in France.

Shay only returned to action in recent weeks after a knee injury kept him out since October last year.