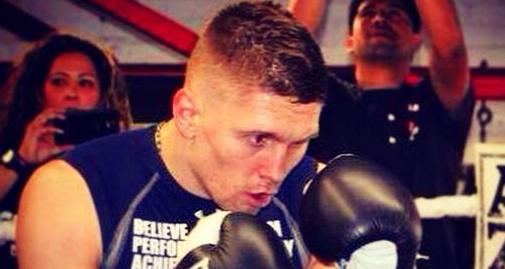 Donegal boxer Jason Quigley revealed on Highland Radio that there is a very high possibility that he could fight on the undercard of one of the world’s biggest fights.

Jason was speaking on Saturday Sport after beating Mexican fighter Freddy Lopez in California on Friday and confidently predicted that 2016 is going to be a massive year for him.

The 24-year-old, from Ballybofey, won in a stunning first round knockout against Lopez to record his 10th successive victory and said he is now ready to be a champion.

As soon as he won, talk began again about Jason fighting on the undercard of the Canelo Alvarez v Amir Khan super fight at the T-Mobile Arena in Las Vegas on May 7.

Jason told Chris Ashmore that no contracts have been signed but revealed there is a very possibility of it happening.