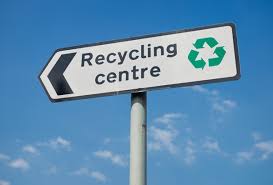 The Pennyburn Recycling Centre in Derry is to temporarily close for a four-week period from the beginning of April to allow for major refurbishment works that will transform it into a new multi-functional Recycling Centre.

The project represents an investment of over £1.5m from Derry City and Strabane District Council, including £250,000 from Rethink Waste.

The centre will close from Monday 04 April and during the temporary closure users will be encouraged to use services at other existing recycling centres in the Council area, including the Brandywell, Glendermott Road, Strathfoyle Recycling Centre, as well as household recycling centres in Strabane, Claudy and Park.

Opening hours at the Brandywell Centre have been extended to the summer opening hours 8am to 8pm Monday to Friday, Saturday 8am to 6pm, and 1pm - 5pm on Sunday, to facilitate Pennyburn site users.

The 4Rs centre will remain open as normal, with access to the site via the Brunswick entrance.

The new recycling centre at Pennyburn will be opened to the public in June and is expected to be more accessible, safer and more user friendly.