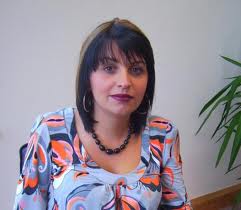 A Book of Condolences is to be opened at the Guildhall in Derry following last night's tragic incident in Buncrana which claimed the lives of five people from Derry, including two children.

A two month baby girl was brought to safety.

Cllr Elisha Mc Callion, the Mayor of Derry and Strabane District said this morning this is a terrible tragedy that has affected the entire community in Derry and Donegal, and left everyone in the region numb.

This is a heart wrenching story that really captures the heart of every person, she said, and it’s important that a forum is provided through which people can express their condolences.

She joined others in paying tribute to the emergency services who attended the scene, and said details of the location and opening times for the Book of Condolence will follow later today once details of the incident are fully released to the public.

Meanwhile, Foyle MLA Raymond Mc Cartney says the people of the city support the bereaved as best they can......

The North's First Minister Arlene Foster told reporters this morning she was shocked by what had happened...............