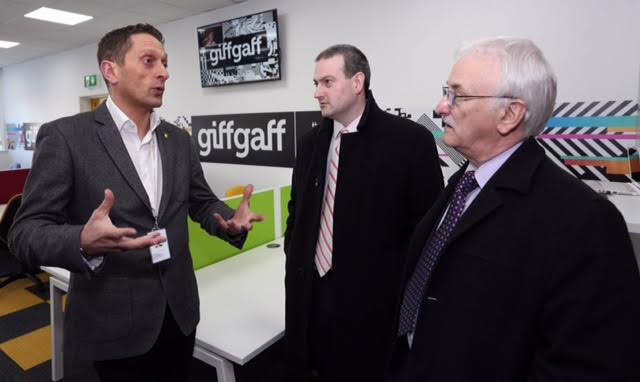 The mobile network "giffgaff" has announced 16 new jobs for Derry, as part of a new three-year contract with Firstsource Solutions in the city.

Cllr Martin Reilly, the SDLP leader on Derry and Strabane District Council is welcoming the announcement today, saying it reflects a long term commitment to Derry and its workforce.

Cllr Reilly, who recently visited the company's Northland Road base says this bodes well for the region's ambition to have the North West identified as an IT hub.............