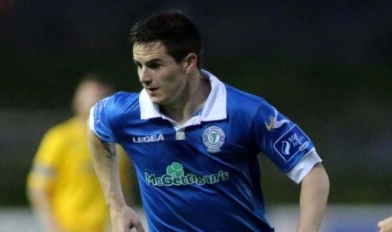 Finn Harps received a boost on Monday with news that Ciaran Coll's injury is not as bad as first feared.

The club had serious concerns the defender could be out of action for the season but the results of a scan eased those fears with several weeks a more realistic period.

Coll could even be back before Sean Houston and Barry Molloy make their return to action.

Speaking after last nights defeat to Shamrock Rovers, Manager Ollie Horgan says Coll will be back in the fold soon...