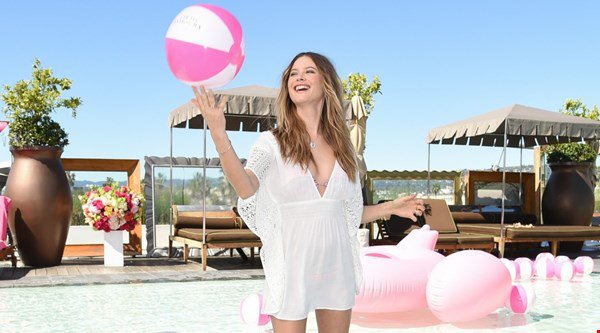 The gorgeous girls were joined by fellow Angels Candice Swanepoel and Sara Sampaio for the exotic shoot in St Barts, which aired on American television.

Behati, who is married to Maroon 5 frontman Adam Levine, snuggled up to South African model Candice during the beach shoot.

Martha Hunt, who is a close pal of Taylor Swift, also joined Lily and Elsa Hoska for the special and showed off colourful mix and match bikinis.

Candice and Lily shared these stunning images from the shoot on Instagram ahead of the show.

Nick Jonas provided the music for the special, proving he is one of the luckiest men in music at the moment.

Demi Lovato was also on hand to lend her tunes to the sexy show.