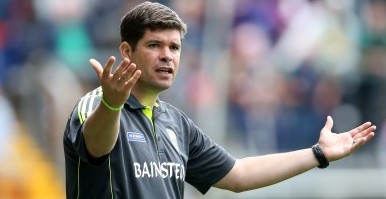 Having had a man sent off in yesterday's fractious encounter with Donegal - Kerry manager Eamon Fitzmaurice says if they have a discipline issue they'll address it.

Alan Fitzgerald was red carded in the first half of the victory for punching Neil Mc Gee after the defender twisted his fingers during a tangle between the two.

Leo Mc Loone was also sent off in the 26th minute for Donegal.

Kerry won the game 1-13 to 1-8 and Fitzmaurice says they'll examine the various incidents during the week...