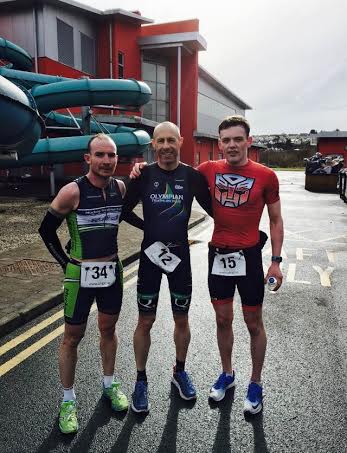 Ireland's leading triathletes came to Letterkenny for a major national duathlon event at the weekend.

In the ladies category in the same national series standard distance race local athlete Siobhan Gallagher was the overall winner in 2:17.28, fighting a hotly contested battle with seasoned athlete Hannah Shields who was just behind in 2:17.48.

The winner was Sean Cosgrove in a time of 53.06 minutes followed closely by Odhran McKane in 53.46.

The best local 247 triathlete in an impressive time of 58.35 and finishing in 7th place in his first outing as a duathlete was Jason King.

First lady in the sprint duathlon was Sonia Nox in a time of 1.00.10 followed into second was Catherine Woods with 1.02.42. In a highly impressive third place was local 247 triathlete Evelyn Boyle in 1.07.16.

An outstanding result came in from 16-year old junior triathlete and winner from last year's Tri a Tri, Laura Black, winning First Junior lady and 6th lady over all in 1.10.05.

May 9, 2021
Some people who've expressed concern about getting a particular Covid-19 vaccine have been told by the HSE's helpline to ask their GP for a...