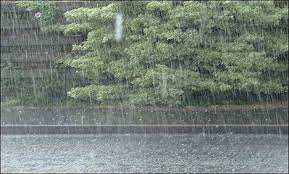 Weather records continued to be broken in Donegal with Malin Head recording its highest winter temperature in over 60 years and its wettest winter since the nineteen hundreds.

Over half of the country’s weather stations reported their rainiest ever winter after a series of storms triggered months of flooding nationwide.

Malin Head reported its wettest winter in 131 years with a seasonal accumulation of 567.3 mm.

80.6 mm of rain was recorded in North Donegal on Dec 5th, the season's wettest day and the wettest day at the station since 1955.

Some winter days were incredibly mild. The highest temps were recorded between Dec 17th and 19th with the highest seasonal maximum of 16.0°C reported at Malin Head.