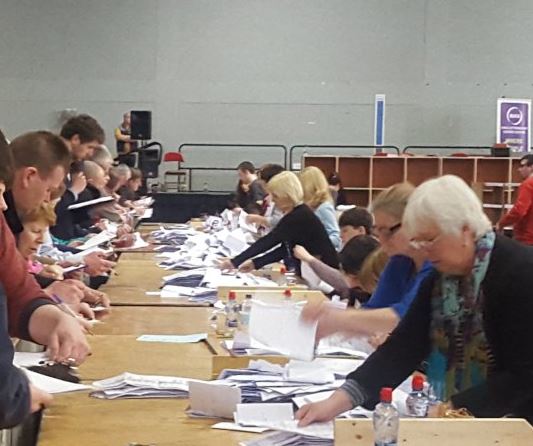 Four candidates have now been eliminated in the Donegal constituency.

After the election of Charlie Mc Conalogue, Cordelia Nic Fhearraigh was eliminated.

Their combined vote of 1839 votes are currently being distributed, with a declaration now awaited.