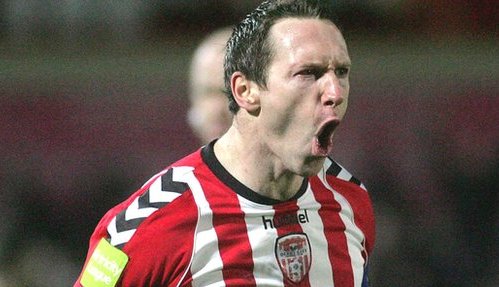 Finn Harps could be trying to pull off a major coup by signing former Derry City legend Barry Molloy.

The popular midfielder had announced last month that he was retiring from League of Ireland football.

But today's Derry News reports that the Donegal club are hoping to lure him out of retirement.

If Ollie Horgan succeeds then Molloy could even face his old club first as the sides meet on the opening day of the Premier Division campaign in March.