Arlene Foster, the DUP leader, took part in a Church of Ireland talk about the rebellion against British rule.

Organisers had billed it as a commemoration - but later issued a statement calling it an event.

Ms Foster says she will not attend any centenary commemorations, but is happy to engage in discussions...... 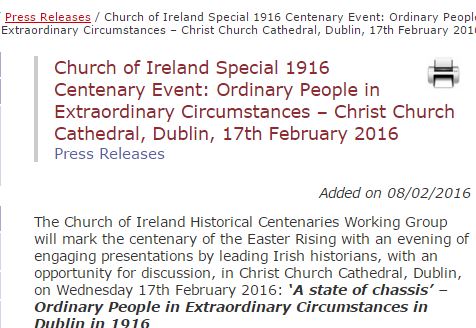