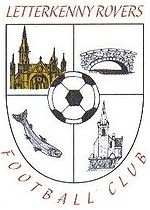 Letterkenny Rovers will have home advantage at Leckview Park in the quarter finals of the FAI Intermediate Cup.

In this afternoon’s draw, the Ulster Senior League side were pulled out of the hat alongside Dublin outfit Killester.

The game will be played on Sunday 28th February.

Earlier in the competition Killester beat Bonagee Utd 4-0 in Dublin.

The last and only time Letterkenny reached the semi finals of the cup was 2004.