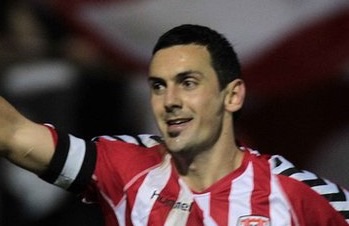 The Donegal native passed away on Wednesday after a lengthy battle with an aggressive brain tumour.

Farren, who was named as the PFAI Player of the Year in 2005, is Derry City's all-time leading goalscorer.

President Higgins says that it is "appropriate that so many tributes" have been paid to Farren and says that he has written to the player's partner to offer his condolences.

The Derry City legend will be buried on Friday in Moville.

Friday's friendly match between Derry and Ballymena has been called off.