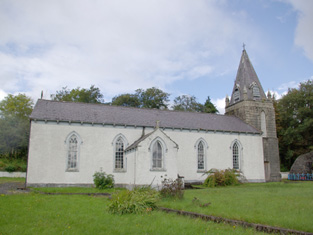 €50,000 is to be spent on eight heritage projects in Donegal under a €2 million national funding package announced at the weekend by Arts and Heritage Minister Heather Humphreys.

She says this follows on from the Built Heritage Jobs Leverage Scheme, which proved to be very successful in 2014.

It is expected this new scheme will leverage an additional €8 million nationally.

Of the eight Donegal buildings to be funded, four are private houses, three are churches and one is an old corn mill.

The largest allocation of €10,000 goes to the draught proofing of St Mary's Church, Haugh,  Killymard, with €8,000 going to interior work at the Church of Mary Immaculate in Stranorlar.

There are also allocations for St Mary's Church, Castlefinn and the old Cornmill at Kilcar, as well as private houses in Ballyshannon. Bundoran and Ramelton.

November 29, 2021
Donegal is the most law-abiding county in the country. While Longford, Limerick and Dublin are the most law-breaking counties in Ireland. They had the biggest numbers...