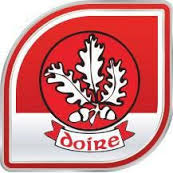 Derry’s footballers will tomorrow hope to recover from their McKenna Cup disappointment as they launch their new league campaign.

Derry lost to Tyrone in the Dr McKenna Cup Final and former Derry All-Star defender Tony Scullion has revealed how they plan to overcome that setback to begin their league campaign with a win.