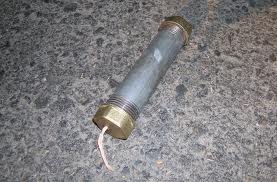 Police attended a security alert in Derry following a suspicious object being thrown into the rear yard of a house in Ebrington Street at approximately 12.10am in the early hours of this morning.

ATO attended and a controlled explosion was carried out just after 5.30am. The object has now been declared as a viable pipe bomb type device.

A number of houses were evacuated and the Clooney Centre was made available for anyone in need of shelter. The evacuated residents are now able to return to their homes.

Emerson Street and Bond Street were closed to traffic for a while but have now reopened.

Detectives are asking  anyone with any information about this incident to contact detectives at Strand Road Police Station on the non emergency number 101.

Or if someone would prefer to provide information without giving their details, they can contact the independent charity Crimestoppers and speak to them anonymously on 0800 555 111.