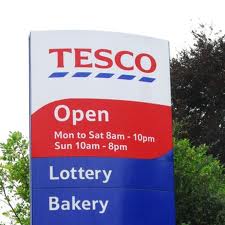 The retail union Mandate says a line is being crossed by Tesco following the company's decision to cut the wages of long term staff.

Staff who have worked for the company since before 1996 are on special rates of pay, but Tesco say they will withdraw those rates from the 18th of April.

The trade union Mandate represents almost 100 Tesco workers in Letterkenny, at least 12 of whom are on the previously agreed rate.

Mandate official Ciaran Campbell says the union will protect the rights of its members.......