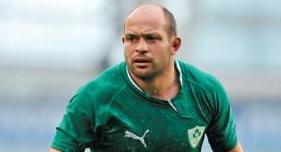 Rory Best has been confirmed as the new Ireland captain.

Head coach Joe Schmidt has selected the Ulster hooker to take over the role following the departure of Paul O'Connell, with Jamie Heaslip to act as vice-captain.

As expected, Munster captain CJ Stander has been handed a call-up along with Ulster centre Stuart McCloskey and forwards Josh van der Flier and Ultan Dillane.

Robbie Henshaw has been selected as he recovers from a broken hand, but Mike Ross, Cian Healy and Chris Henry have all been left-out of the panel as they continue their recovery from injury - although the trio are all likely to return later in the Championship.