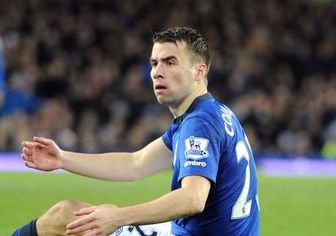 Ireland duo Seamus Coleman and James Mc Carthy have given Everton a boost ahead of next week's League Cup semi final second leg with Manchester City.

Manager Roberto Martinez says "Both are progressing well and I expect those two to be back in the squad after this full week."

Coleman picked up a calf strain in the first leg on 6th January, which Everton won 2-1, while McCarthy has played just once in the last eight games because of a groin problem.

Neither player is likely to be risked in the league game with Swansea this Sunday.