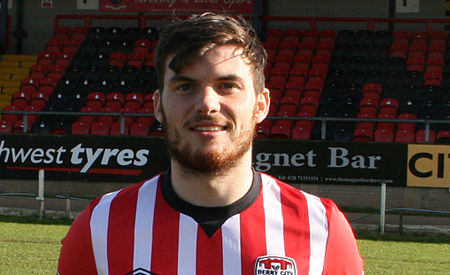 Portadown have signing Philip Lowry from Derry City until the end of the Premiership season.

The 26 year old returns to the Irish League where he played for Institute and then Linfield before linking up at the Brandywell in 2014.