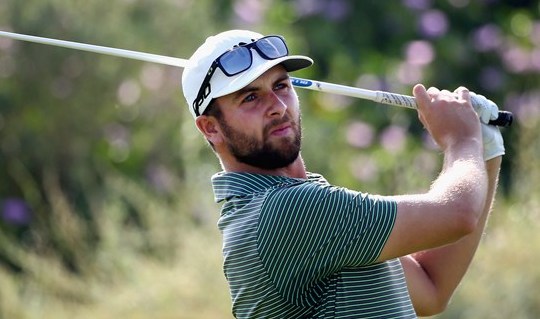 Paul Dunne produced one of the rounds of the day to force his way into contention at the Joburg Open in South Africa.

Dunne shot a superb 8-under par 63 to move to 9-under at the half-way stage, which leaves him five shots behind leader Ross McGowan, who is three strokes clear of the field.

Kevin Phelan and Michael Hoey also survived the weekend cut on 3-under par.

Ruadhri Mc Gee failed to make the cut finishing on four over par.

Two bogey's at the 3rd and 8th holes and two double bogey's on the back nine cost the Rosapenna man a place in the weekend's action.