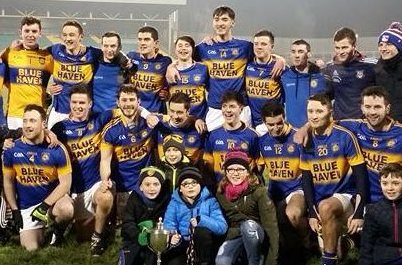 Kilcar lifted the Donegal u21a Championships title on Friday night beating St. Eunan's 0-13 to 1-8 in the final at MacCumhaill Park.

They led 0-7 to 0-5 at the break and then 0-11 0-6 in the second half, but the Letterkenny side brought it back to a point with under ten minutes to go,  a goal from Darragh Mc Walters and a point from Odhran Mc Ginley.

Kilcar steadied the ship after that, two scores from Matthew McClean and Conor Doherty gave them the title and the Cunningham Cup.