The first major anti water charges protest of 2016 is set to take place in Letterkenny on Saturday January 23rd, around about the time when the general election is likely to be called.

Right2Water Chairperson Charlie Mc Dyer explains says this issue is not just about the current Government, it is a call for any upcoming candidates to show their support and stand with the people.

She says as Irish Water puts increasing pressure on householders to pay their bills, including issuing reminder letters and even sending text messages to some, Right2Water is urging people to continue to stand their ground and not be intimidated.

In a statement issued last night, the group says the march on January 23rd will also have a wider political focus in line with the Right2Change movement which has evolved from the water campaign. This movement advocates what it calls a policy for a fairer, more progressive form of Government.

There have been suggestions that the campaign has lost impetus, but Charlie Mc Dyer doesn't believe that is the case............ 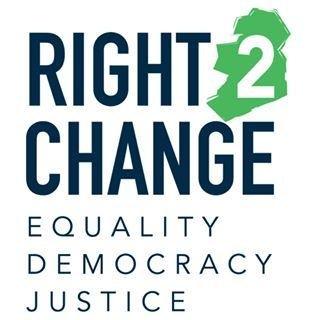 As Elections draw near Right2Water has announced plans for further protests across Ireland on January 23rd. Chairperson Charlie Mc Dyer explains “Protests will be held in 44 constituencies across Ireland to step up pressure on the Government. Water charges will be a major election issue for many people and the current flooding across the Country will also be a key issue for those affected by flood damage. We are asking people to come out and support the marches as we feel that water charges play an important role in the shaping of the future Government. Indeed this issue is not just about the current Government – it is a call for any upcoming candidates to show their support for the ordinary people who feel outraged about this unfair charge. We are having another Nationwide demonstration to push water charges to the forefront of the Election and to ask candidates to stand with the people they are seeking votes from”.
> As Irish Water is putting increasing pressure on householders to pay their bills, including issuing reminder letters and even sending text messages to some; Right2Water is urging people to continue to stand their ground and not be intimidated. Massive non payment across the Country has caused major headaches for the Government and the embattled company and it shows that people power is winning the battle of wills. Backtracking on charges and sweeteners like the €100 conservation grant has still not convinced many to pay the water charges. Right2Water is asking people to take to the streets once more to hammer home the point that people have had enough and to send out a clear message to Election candidates that “if you’re not with us, you are against us”. We also remind people- despite what the opinion polls suggest ,another type of government is possible . Not one vote has been cast yet.
Spokesperson Owen Curran explains “Through Right2Water another movement has evolved – Right2Change. This movement advocates a policy for a fairer, more progressive form of Government which seeks to provide a more democratic Country for all. Right2Change has identified ten basic policy principles which should be the minimum obligation of any Irish Government. These are the right to water, decent work, housing, health, debt justice, education, democratic reform, equality and a sustainable environment and National resources. Certain sitting TDs have signed up to the Right2Change policy and upcoming candidates are asked to do the same to show they have the best interests of their constituents at heart. We have had enough of cronyism and corruption. We need TDs who are determined to work for the people of Ireland – not those who would feather their own nests to the detriment of everything else”.
Right2Water is confident that on January 23rd the people of Ireland will again take to the streets in their thousands and is urging everyone to make an effort to show their support. Secretary Phillip Mc Fadden is positive the people of Donegal will, once more, stand together and send out the very clear message to all politicians in the run up to the Election. “For too long politicians have been left to their own devices – not any more. The people of Ireland have had enough. They are starting to question how things are done in this Country. It’s about time the politicians sat up and took notice”.
> The protest in Letterkenny on January 23rd will assemble at Mr Chippy at 2pm.