CLG Dhún na nGall have announced the new Title sponsor & Tier 2 sponsor for the 2016 to 2018 seasons.

The "KN Group" is the new Title Sponsor replacing Donegal Creameries with the new Tier 2 sponsor being the "MCR Group" who will be displayed on the back of a redesigned jersey which will be launched before the end of January.

CLG Dhún na nGall also acknowledged the tremendous support of Donegal Creameries over the past 6 years and their contribution to the success that the football and hurling teams have enjoyed since 2010.

KN Group are providers to the Telecommunications, Civil Engineering, Rail, Electricity and Energy Sectors in Ireland, the UK and Internationally. KN Group has operated in these markets since 1975. Their focus is to provide fully managed services to the markets and sectors they serve. Group CEO is Donagh Kelly who hails from Donegal Town. Donagh & KN Group have been generous supporters of Donegal GAA fundraising over the last number of years. 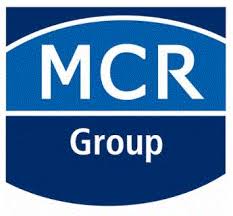 The MCR Group is an independently Irish owned broad based specialist service group of companies that was established in 1996. They provide a full range of Recruitment services & also provide services in Engineering, Security, Flooring and Cleaning. Milford native Donall Barrett is a director of the MCR Group & has been a very generous contributor to the many fundraising initiatives over many years.