The final litter survey of 2015 by Irish Business Against Litter has designated Letterkenny as "moderately littered", placing the town in 36th spot among 40 areas surveyed.

The town, which won the overall prize in the National Tidy Towns Awards in September, had been ranked 11th in IBAL's 2014 rankings.

The report for Letterkenny, which was drawn up by An Taisce, is particularly critical about wasteland at the rear of Letterkenny Retail Park, and the overflow car park beside it. 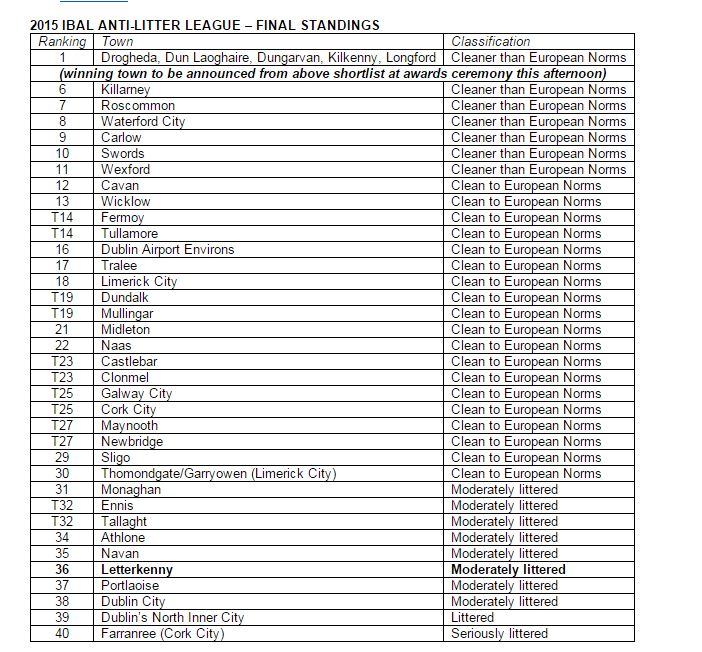