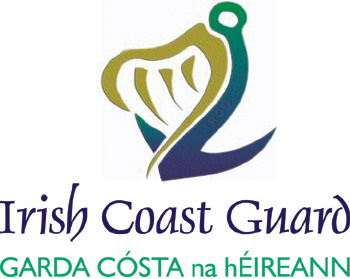 The coast guard says it saved 290 lives this year.

And the Gardaí are getting more help in their search for missing people - the coast guard has been used to search coastal and remote areas.

The most significant rise has been a 10 per cent increase in helping people who got into difficulty on the shoreline, sometimes being swept into the sea by breaking waves.

The Coast Guard has seen a record response for 2015, with it being particularly relevant to both the Shannon and Sligo SAR helicopters who both flew over 330 missions each. In total all four helicopter bases completed over 1000 missions for the first time since the helicopter service started in 1991.

The Coast Guard attributes the small rise in the number of incidents to:

The Coast Guard believes that the rise in the number of incidents shows a greater willingness of the community to seek assistance early, which is to be welcomed. The Coast Guard encourages people to call 112 when they think they’re in trouble, as if you wait until you are in trouble it might be too late.  With the change in weather, we see a change in the calls and a change in conditions but the message remains the same. If you do see someone in difficulty in the sea, on the shore, cliffs, lakes or rivers dial  112 or 999 and ask for the Coast Guard.

•                     Assistance given to the HSE ambulance service was provided on 514 occasions; a 50% increase over 2014. Additional to that figure Coast Guard helicopters carried out 170 medevacs off the Islands which is a 23%        increase. This island service is an important part in providing a sustainable quality of life for islanders off our west coast.

The most significant rise has been assisting persons who got into difficulty on the shoreline, sometimes being swept into the sea by breaking waves. At 306 this is up 10% on last year. Mountain rescue accounted for 78 incidents and incidents on rivers and lakes show a 61% increase at 208. Some of this increase on rivers is accounted for by closer cooperation with fire authorities in Dublin, Cork and Limerick.

Another feature of the last number of years is the growing assistance we give to An Garda Síochána in missing person searches in coastal and remote areas. 232 missions this year represents a 5% rise.

Overall the total incidents involve 75 bodies recoveries. Of the 28 fatalities encountered during missions in 2015 8 were of persons off the shoreline, 2 on mountain rescue calls, 6 in rivers and lakes, 1 in an aircraft accident, 1 in the UK area and 10 when assisting An Garda Siochana.

Chris Reynolds, Director thanked all Coast Guard staff and volunteers who have responded throughout the year and also wished them all a safe 2016.

“I would like to thank all the staff and volunteers who have contributed to the many missions we have undertaken this year, and wish them all the best for the New Year. I would also like to thank the RNLI, CRBI, Gardaí, Mountain Rescue teams, the National Ambulance service, Fire Brigade, who we have worked together with so well throughout the year. I want to particularly recognise the many volunteers who responded with such professionalism, whether that be the Coast Guard directly, RNLI, Community Rescue Boats (CRBI) or Mountain Rescue teams.”

Coast Guard volunteer units were called out 1, 290 times (2 %rise), RNLI lifeboat tasked 836 times (2% rise) and Community Rescue Boats 219 (4% rise) times. There were 24 minor pollution incidents managed. Our Coordination centres also broadcast 71,300 marine safety messages a rise of 15% and received 31,700 vessel traffic reports. The increased number of traffic reports logged particularly by small fishing and leisure vessels is very welcome and the Coast Guard encourages anyone taking to sea to log a traffic report (in effect a  sail plan) with the Coast Guard. All boat users should also tell a responsible person ashore – in effect an emergency contact – where their craft is going, when its leaving,  time due back and where, who is onboard and most importantly what action to take when this estimated time of arrival back passes. This emergency contact ashore must take on this duty vigilantly and contact the Coast Guard immediately once they become concerned. Finally we would like to remind all who go on the water to don a lifejacket and keep it on. There is absolutely no excuse for not wearing a lifejacket and we would encourage every partner, friend or relation who knows a boater with no lifejacket to get one and have the boater wear it.