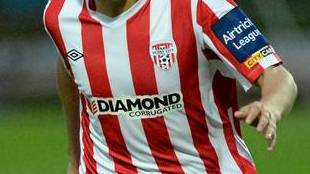 Derry City announced on their website today that Nathan Boyle has re-signed for the 2016 season.

The striker was on-loan at Finn Harps last season and netted four goals during his spell at Ballybofey.