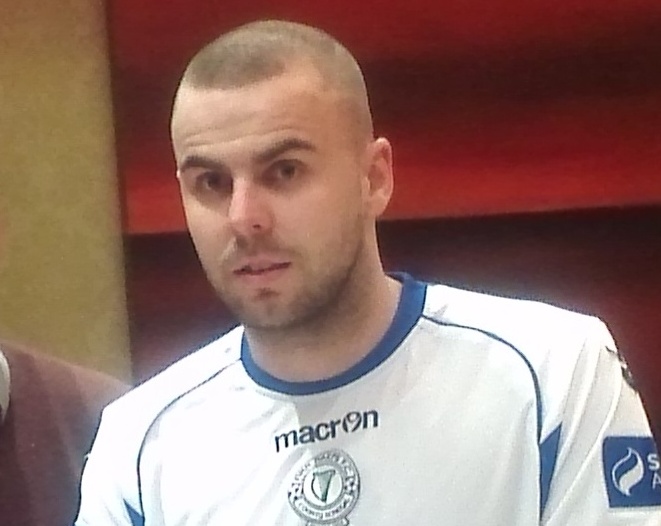 Damien McNulty has become the latest player to re-sign for Finn Harps ahead of the 2016 Premier Division campaign.

The defender, who is  entering his fourth season at Finn Park and has 74 appearances to his name in the blue and white since making his debut in a League Cup game against the Mayo League at the start of the 2013 season.

McNulty becomes Ollie Horgan’s twelfth signing ahead of the  Premier Division campaign and he’s the tenth  player from last year’s promotion winning side to put pen to paper for 2016.

McNulty told finnharps.com, “I am delighted to have signed for forthcoming Premier campaign and the fixture list certainly wets the appetite.  Every player wants to play against the top teams in the country and I will do everything I can to play my part in what will be a very exciting time for everyone associated with Finn Harps.  I would like to think I have built a great relationship with the supporters, and if everyone sticks together through what will will be a huge challenge, I think we can hold our own.”

Harps boss Horgan is happy to have McNulty on board again.  ”Damien played an important role in our promotion success so I am pleased he has committed himself for our Premier season,” he said. “Like everyone at the club he is keen to prove he has what it takes to compete at the top level but realises it will be a big step up from the First Division. We are working behind the scenes and hope to announce further signings very shortly.”