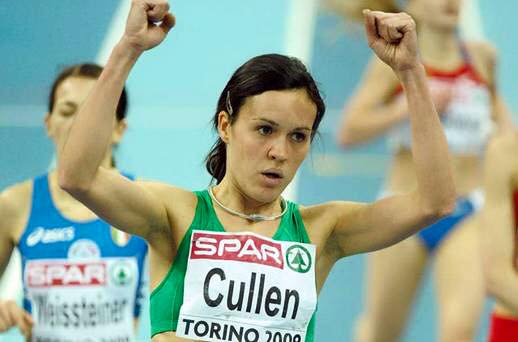 The Sligo native who was a European Indoor Bronze medalist in 2009 completed the distance in 15.45 minutes.

Cullen was well inside the previous record of 16.14 held by Olympic Champion Vivian Cherioyut.

She was followed home in the women's category by Finn Valley's Teresa Doherty in 16.52.

Thomas Hayes from Kilkenny won the men's race from David Scanlon, Rathfarnham and Greg Roberts from Derry was 3rd.

Close to 600 competed in the event.