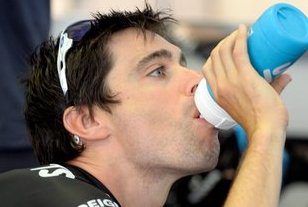 Sky's Philip Deignan will be out of action for around six weeks after breaking his elbow during a training session over the weekend.

The Letterkenny rider was knocked of his bike when he was hit by a car on the final day of Team Sky's camp in Majorca.

It will be late January or early February when Philip will be back on the saddle.

He hopes to impress in 2016 and secure a place on one of the big three grand tours while also representing Ireland at next summers Olympic's in Brazil.