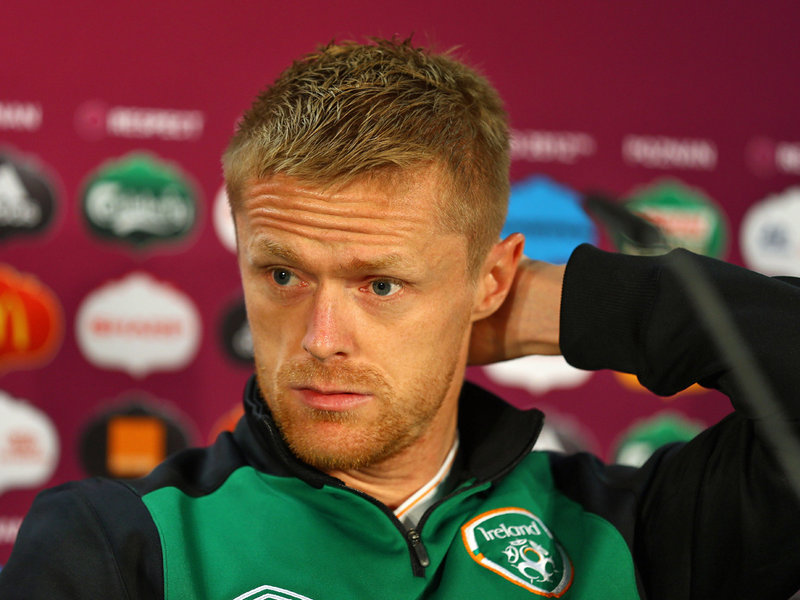 The FAI has joined the tributes to Damien Duff after he announced his retirement from football on Monday.

The 36-year-old, who won 100 caps for Ireland, has been forced to hang-up his boots after a 20-year professional career that featured spells with Blackburn, Chelsea and Newcastle.

The Dubliner joined Shamrock Rovers last July, but he's confirmed that he won't be able to continue playing with the Hoops for another season because of persistent injury problems.

In a statement, Duff said: "my heart wants me to continue playing but my body has finally won the battle and told me to stop."

“Damien Duff will rightly be remembered as one of the greatest footballers ever to wear an Ireland jersey, and I’m sure all Irish fans will join me in wishing Damien the very best wishes in his retirement," said FAI CEO John Delaney.

“I remember him emerging as a young player and was delighted to see him go on to fulfil his tremendous potential, which ended with him captaining Ireland in his final international against Italy at Euro 2012.

“It was very pleasing that he chose to come home and see out his playing days in the SSE Airtricity League, and it was also great to see that he has opted to take his coaching qualifications with the FAI. If Damien’s coaching career comes even close to what he did as a player, well then there are even more exciting times ahead.”