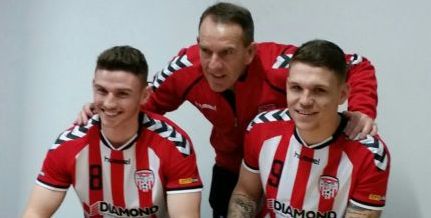 The pair are his first additions to the squad having spent the last number of weeks re-signing players from last years team.

Midfielder Monaghan who recently played in a friendly against Limavady United spent time in Iceland before returning to Scotland where he has been training with Patrick Thistle.

Allan who is a striker, has played with the likes of Morton, Montrose and Albion.