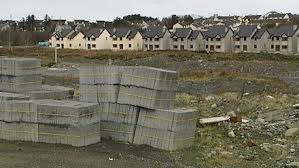 The number of unfinished housing development or ghost estates in Donegal has decreased by almost 65% since 2010.

The figures released today by Minister for Housing Paudie Coffey show the number of ghost estates in the county has fallen from 133 estates to 49 compared with this time 5 years ago.

Nationally there has been a 75% drop in the unfinished developments during the same period.

Donegal Deputy Dinny McGinley says work is being carried out among local authorities to decrease that figure even more:

June 24, 2021
The Tanaiste says NPHET's advice next week will be crucial when it comes to reopening indoor hospitality. The restrictions are set to ease on July...