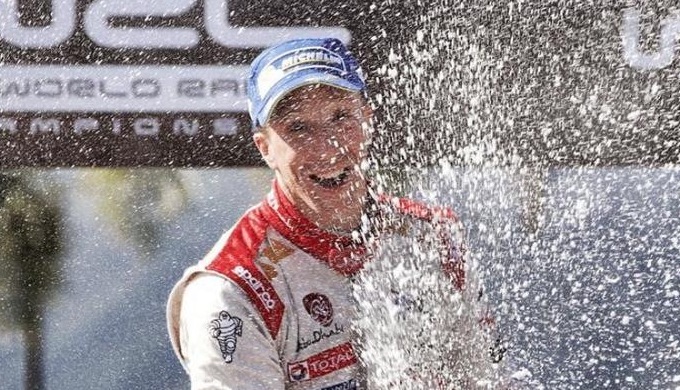 Kris Meeke will stay at Citroen Racing until the end of 2018 under the terms of a new long term deal which was announced today.

The confirmation ends months of uncertainty for the 36-year-old Tyrone man whose 2015 contract ended at November's final round in Wales.

Kris will play a lead role in the development of an all-new World Rally Car in 2016 and will contest a number of WRC rallies with a private team before the squad's return to top-level competition in 2017.

“Various options were available to me to pursue my career, but I chose to stay with Citroën Racing to reap the rewards of the work done over the last two years or more,” said Meeke. “It’s also a way of thanking the team for the faith they have shown in me. We now know each other very well and this understanding will be essential in developing the new car successfully.

"I’m very excited about everything that lies ahead in the next few months. I began my career in motorsport as a design engineer so although I can’t wait to get into the car, I’ll be following every stage of the design and assembly of the first car with great interest.

"I’m also very excited about the new FIA regulations, which look set to deliver more powerful and more spectacular cars! Obviously, all of this work is geared towards me being able to fight for more wins and for the world title," he added.

June 18, 2021
The Joe Bonner Road linking Port Road and Neil T Blaney Road in Letterkenny will officially open this afternoon at 2.30. Initially, it will be...