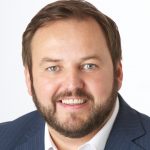 Donegal Deputy Padraig Mac Lochlainn says a long term pattern of under-resourcing at Letterkenny University Hospital has led to the situation where elective surgery is being scaled back to prevent a build up of trolleys in the Emergency Department.

He says the fact that the situation has apparently been accepted by the higher echelons of management within the hospital makes it more difficult, and that's why he was happy to be able to raise the issue with Minister Leo Varadkar in the Dail last evening.

Deputy Mac Lochlainn has again claimed the reduction in elective surgery  is intended to free up beds in the hospital to avoid the embarrassing spectacle of patients on trolleys ahead of an election.

He says patients on waiting lists have been sacrificed, and that's a result of chronic under-resourcing...