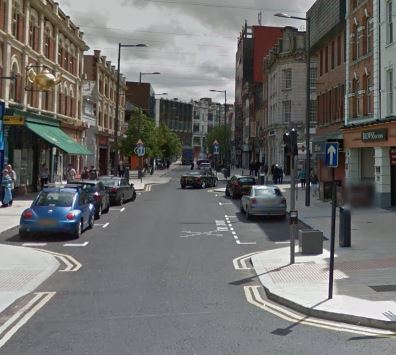 Police in Derry warning of crack down on bad parking in the City in the run up to Christmas.

They are promising robust action to tackle traffic caused by badly parked vehicles that cause an obstruction in the city centre.

Police say that while the responsibility for enforcing parking regulations lies primarily with the DRD, police have powers where vehicles are causing an obstruction.

There have been a number of incidents where vehicles are being parked in and around the City Centre in such a manner that causes serious disruption to the flow of traffic.

The issue is at its worst in the area of Strand Road / William Street, with the junction of Waterloo Street and is expected to worsen further in the run up to Christmas with increase traffic.

Police have liaised with DRD and are promising a joined up approach to enforcement regarding illegal parking and vehicles causing an obstruction.

Police are asking shoppers to consider whether they need to drive into the city centre but if they do, and intend to leave it in the streets, think of others and park is in a considerate manner.