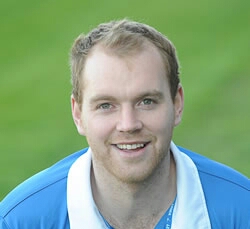 Matthew Crossan has signed on for another season with Finn Harps.

The Killea man has become Ollie Horgan's eleventh signing ahead of the  Premier Division campaign and he's the ninth  player from last year's promotion winning side to put pen to paper for 2016.

Crossan first joined Harps in 2006 and is currently in his fourth spell with the club.