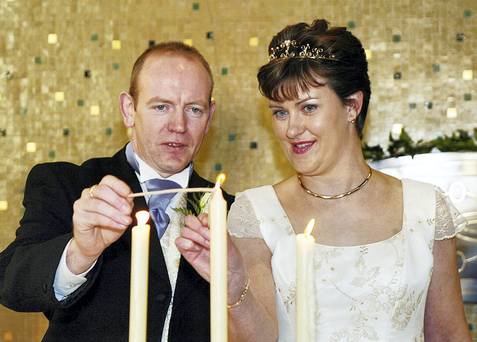 Garda killer Pearse McAuley will be sentenced today for stabbing his wife 13 times in front of their two young sons last Christmas Eve.

The 50-year-old, a native of Strabane, has previously spent time in jail for his part in the 1996 killing of Garda Jerry McCabe in Limerick.

Pauline Tully McAuley took to the stand last Friday to outline how she s been effected by what happened to her when the father of her children burst into their family home at 11 in the morning last Christmas Eve.

They were separated at the time and they d arranged for him to call over.

The court heard Pearse McAuley was drunk when he arrived two hours early.

She said he accused her of having another man in front of their two boys before beating and stabbing her.

She said her youngest son witnessed the attack, and has since been getting counselling.

McAuley s previous criminal record is well known. He spent ten years in jail for the manslaughter of Garda Jerry McCabe who was shot dead in Limerick in 1996.