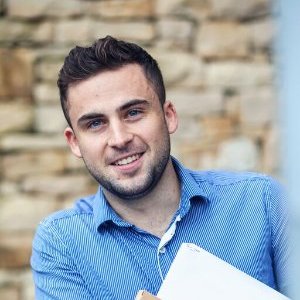 An IT Sligo student, who has invented a new device aimed at revolutionising the way patients recover from bowel surgery, has been shortlisted for Ireland’s Best Young Entrepreneur Awards 2015.

Niall McGonigle, from Bundoran in County Donegal, is a final year Creative Design student at the Institute. He is also the founder of McGonigle Industries, based in Donegal, which designs advanced medical products.

Niall’s latest idea has been shortlisted for the ‘Best New Business Idea’ category, and is based on a device to help patients cope with bowel cancer.

The 21-year-old says his third level education has given him the essential skills towards the approach required for designing his new creation.

“I previously worked with medical companies as part my course - and this created an interest in the medical sector,” says Niall.

1,400 young Irish entrepreneurs, all aged between 18 and 30, participated in the 2015 ‘Ireland’s Best Young Entrepreneur’ competition, which is being run by the Local Enterprise Offices in the Local Authority Network.

Niall recently won both the Donegal and Regional finals and is now one of 24 finalists from 17 counties to be selected for the national final at Google’s European Headquarters in Dublin in December.

The nationwide competition forms part of the Action Plan for Jobs, with a total €2million fund available to county winners and overall national winners, who each can win a total of up to €70,000 investment in their business.

Paul Givan is the new First Minister at Stormont