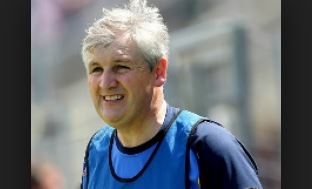 In dreadful conditions in Mallow, they beat Cork kingpins Nemo Rangers by 1-7 to 0-9 with an injury time goal from Michael Quinlivan sparking wild celebrations.

Afterwards a delighted McGeever said that this could be "the first of many steps forward" for the club.

McGeever, a noted soccer and gaelic footballer in his day, has been involved with Clonmel Commercials for over a decade.

McGeever was a key figure in the Fanad United fairytale during the club's early years in the Ulster Senior League when they enjoyed considerable success, and caused several major cup upsets.