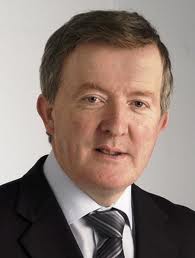 Former Junior Minister John Perry narrowly missed out on getting his name on the ticket and claims some members were prevented from voting for him.

John Perry has been a TD for almost two decades and fully intended to contest the next general election for Fine Gael, but last month he lost out at the selection convention for Sligo/Leitrim by just ten votes.

Fellow Deputy Tony McLoughlin and former TD Gerry Reynolds got the nod on the night, and despite his best attempts since, Deputy Perry hasn't been added to the ticket.

He believes some Fine Gael members were unfairly barred from voting for him and has accused the Taoiseach of breaking a promise that all outgoing TDs would be given the chance to try and win back their seats.

Mr Perry will ask the High Court this morning for an injunction preventing the party from signing off on the ticket as he tries to have the result overturned.