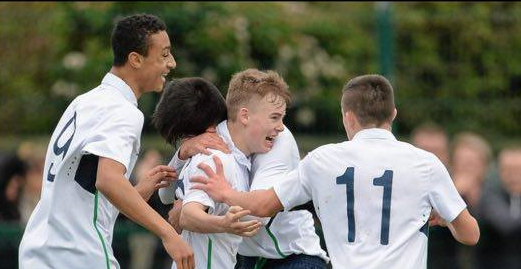 Donegal’s Marc Walsh scored for the Republic of Ireland u15’s in today 3-1 victory over Poland in County Louth.

The Gweedore Celtic teenager netted the third and match winning goal 16 minutes from time as Ireland hit the Pols on the counter-attack to seal the match.

Having lost the first game on Tuesday and trailing 1-0 at half time, Ireland stepped up their performance in the second half to take the tie.

After coming on as a second half substitute two days ago, Walsh started this afternoon and ended a memorable week with a goal for his country.