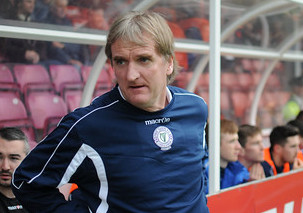 Finn Harps Manager Ollie Horgan hopes to confirm the re-signing of a number of last years squad in the coming days.

Just about every member of the team that gained promotion to the Premier Division is out of contract.

As well as signing what he hopes will be a large number of last seasons side, he also has the task bringing a few new faces to Ballybofey.

Horgan expects to confirm the first of the players to committed to Harps by this evening.