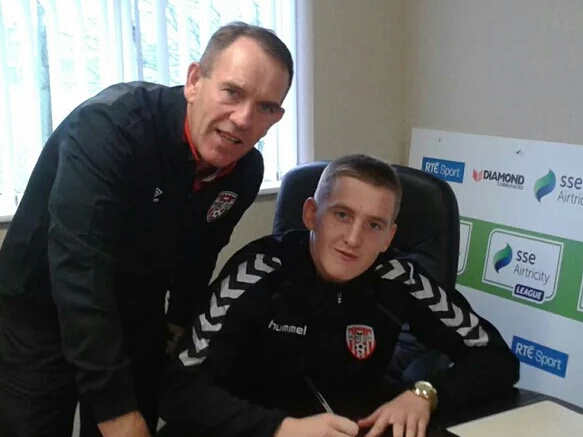 The 19 year old has resigned on a two year deal.

It's now eight players on the Derry squad ahead of the next season - Barry McNamee, Aaron McEneff and Patrick McClean were already tied down by the club before Shiels arrived.